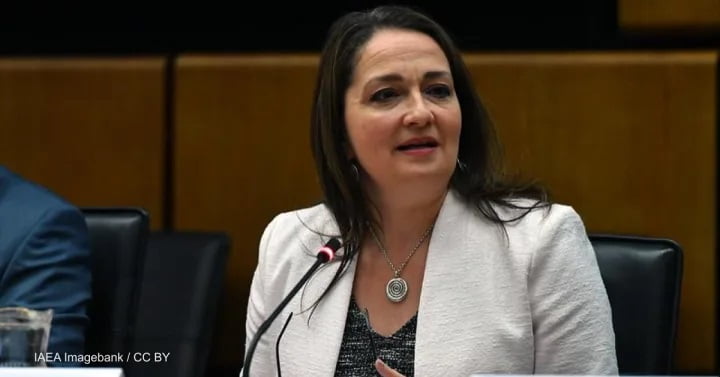 A majority of countries missed the 2020 global targets for identifying HIV patients and getting them on effective treatment, steps global health leaders said were necessary to end the AIDS epidemic by 2030. To get back on track, UNAIDS has introduced an ambitious — and more complex — set of global targets for 2025.

The new effort is headlined by the twin goals of reducing new annual HIV infections to 370,000 by 2025 and dropping AIDS-related deaths to under 250,000. It also demands growing global investments, peaking at $29 billion in 2025 just to fund the response in low- and middle-income countries.

This week’s International AIDS Conference on HIV Science was dominated by panels dedicated to understanding the interlocking initiatives required to actually reach these goals, including an increasing focus on the key populations who have been underserved by previous efforts and continue to face discrimination in many settings.

“The gap between those for whom the HIV response is working and those for whom it is not working is growing,” Shannon Hader, deputy executive director at UNAIDS, said in one session. “And it is in that gap that pandemics persist.”

UNAIDS introduced the new targets in late 2020, months after confirming that most countries had fallen short of the 90-90-90 targets set to be completed by last year. The goal was for 90% of all people living with HIV to know their status, 90% of people diagnosed with HIV to be on treatment, and 90% of those patients to have their virus suppressed to the level of undetectability.

Only 14 countries achieved those targets. At the same time, there was concern that some more marginalized communities, even in the countries that did achieve 90-90-90, may have been excluded from those gains.

Those key populations include men who have sex with men, sex workers, injection drug users, transgender people, and prisoners. And in 2019, those communities accounted for 62% of all new infections worldwide, according to UNAIDS.

Against that backdrop and amid mounting concern that COVID-19 might “have thrown us further off course,” as Hader explained, UNAIDS launched the new targets. They were ratified last month at the United Nations General Assembly High-Level Meeting on AIDS.

The new targets borrow from the structure of the 90-90-90 goals, but with an “increased emphasis on granularity,” Peter Ghys, director of strategic information and evaluation at UNAIDS, explained.

They raise the percentages to 95% in each of the three categories but extend them to all sub-populations and age groups. This is to ensure “the most affected and most missed are no longer invisible or lost in the averages,” Hader said.

In a bid to reach more patients and integrate other health services with HIV prevention and treatment efforts, the new framework also sets targets for services that will reduce HIV transmission between mothers and their children and for combination approaches that reflect the specific needs of individual patients.

The goals also address societal factors — reducing the social and legal impediments, including laws and stigma, that prevent people from accessing or maintaining HIV services. By 2025, UNAIDS expects less than 10% of countries to have punitive legal and policy environments, which are often specifically targeted at marginalized populations.

The new strategy also calls for less than 10% of HIV patients to experience stigma and discrimination and less than 10% of the most vulnerable people, as well as women and girls, to be exposed to violence and gender inequality. Progress will be measured against more than three dozen existing and new indicators.

The addition of the 10-10-10 targets is seen as an explicit recognition that “stigma and discrimination have massive negative impacts on quality, access, and sustainability of services,” said Dr. Paul De Lay, co-chair of the steering committee that drafted the new goals.

The new targets came in for criticism from IAS 2021 attendees, who questioned how achievable such a broad range of goals will be within a relatively short window of time — and with global attention still focused on ending the COVID-19 pandemic.

“There is no contradiction between achievable and aspirational,” said Birgit Poniatowski, executive director at IAS. “In their granularity, I think they’ll be helpful in enabling countries to set national targets and for various stakeholders impacted by the epidemic to advocate for action and investments to achieve the targets.”

The question of funding also hangs over the new targets. In 2019, financing for the global AIDS response fell more than $7 billion short of the $26.2 billion that UNAIDS had estimated was needed.

The failure to fully fund and to reach the 90-90-90 targets has actually increased the global price tag. Funding requirements are now expected to peak at $29 billion in 2025 just for the response in LMICs, reflecting both the fact that more people now need to be maintained on treatment than there would have been if the 2020 targets had been reached, but also because the populations that still need services are often difficult to reach.

“Business as usual is not really going to lead us to success and that’s even more the case when we think about groups that are at increased risk of HIV infections, the marginalized and the vulnerable,” Lawrence Long, a health economist at Boston University, explained in a session Tuesday.

“Those hard-to-reach populations are going to be more expensive. If we do not acknowledge this, we are going to set ourselves up for failure,” he said.

Reaching those populations will also demand more leadership from within their communities, resulting in calls for more recognition of and funding for community-led prevention and treatment services. But it will also mean building new community-based structures to reach people who are not integrated into those existing organizations.

“When we run services, we have to understand [that] many of the people we want to reach are not part of the ‘C’ in ‘CBO,’ [community-based organizations]” said Keletso Makofane, a scholar at the Global Health Policy and Politics Initiative at O’Neill Institute. “We have to take special measures to reach them.”

Are you living with HIV/AIDS? Are you part of a community affected by HIV/AIDS and co-infections? Do you work or volunteer in the field? Are you motivated by our cause and interested to support our work?

Stay in the loop and get all the important EATG updates in your inbox with the EATG newsletter. The HIV & co-infections bulletin is your source of handpicked news from the field arriving regularly to your inbox.